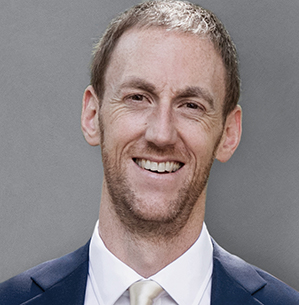 David graduated in Economics at Durham University and joined the JET Programme, teaching English in a high school in Kyoto, Japan. He loves Japanese food and when he returned to London he became the general manager of the UK’s first chain of kaiten sushi bars. His interest in cooking and produce took him to Ballymaloe Cookery School in Ireland before he joined Waitrose supermarkets as a food and drink buyer.

After more than 10 years in a commercial career. he wanted to return to education and taught Mathematics and Economics in Guildford in the UK. He moved to Prague with his Czech wife in 2017 to take up the position of Head of Economics at the ECP and is currently studying for a Master’s degree in Education. He is a qualified mountain leader and is really looking forward to helping with the school’s Duke of Edinburgh’s International Award expeditions. In the summer season, he plays trumpet in the River Boat Shuffle Band.