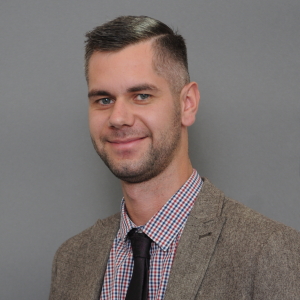 Originally from Essex in the UK, Sam completed his Masters in Mechanical Engineering at the University of Sheffield. After spending time working as a Manufacturing Engineer in Oxford he moved into teaching and completed his PGCE in partnership with Teach First and Birmingham City University. However, after three years teaching in Birmingham he became reminiscent of his time hitchhiking around Europe during University for charity, and so decided to move to Central Europe. Outside of his work Sam enjoys running, swimming, and exploring more of Central and Eastern Europe.