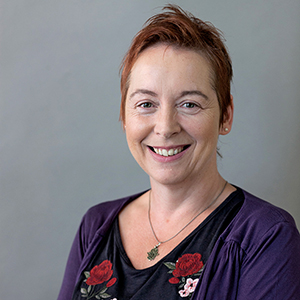 Terri Collier has been teaching full time since 2002. In this time she has taught a range of social science subjects at sixth form level including Psychology, Politics, Philosophy and Sociology. She read Interdisciplinary Human Studies at the University of Bradford, UK for her undergraduate degree, specialising in Psychology and Philosophy. Having gained a first class honours degree, she was granted a teaching scholarship at the University of York for her Master’s Degree in Political Philosophy (the idea of toleration). This led on to additional teaching positions in the universities of Newcastle (Politics) and Northumbria (Sociology).

Her love of teaching led her to Durham University where she gained her PGCSE. In her second year of teaching, at Oakbank School in Keighley West Yorkshire, she was asked to take over the teaching of Psychology A level. This quickly led to her appointment as a Head of Department in Social Sciences in 2005. She has been a middle leader in schools for the rest of her career. Before joining ECP in 2015, she spent two years in Haileybury School in Alamty, Kazakhstan where she was appointed to set up a social science faculty for the new sixth form there. Since joining the ECP as Head of Department for Psychology, she has become the Faculty Leader for Humanities. She also leads the TED-ed and TEDx youth ECA, which has run two successful events in its first 18 months.