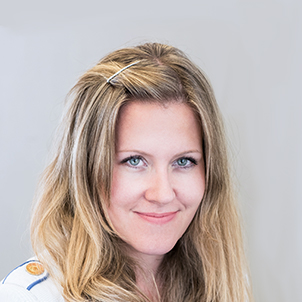 Tereza originally comes from Liberec. After obtaining a Bachelor’s degree in Humanities, she spent a year in Gloucester in the UK, where she studied English. She then graduated with a Master’s degree in Anthropology from Charles University in Prague, specialising in Human Ethology and focusing specifically on olfactory communication and attractiveness. After this she worked in recruitment for three years and then at the Academy of Sciences of the Czech Republic.

In 2017 she joined the Pastoral team at the ECP. Tereza enjoys travelling and getting to know different cultures. She spends her free time getting better at ice-skating, bouldering and Spanish. Above all though, she enjoys spending time with her dog.